Book Review: The Ones They Left Behind by Antonio Elmaleh 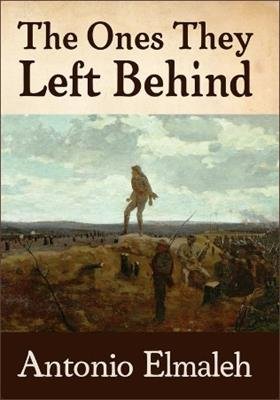 The Ones They Left Behind, by Antonio Elmaleh, is the story about one man’s journey retracing his steps taken with Sherman’s army as it marched from Atlanta to the sea, leaving a path of “relentless devastation.” Seen through the eyes of Harriman Hickenlooper, a former Union soldier, the narrative briefly touches on moments of unimaginable loss and destruction associated with our country’s most deadly war. However, the real journey is internal. The reader, perhaps to their surprise, will discover that they walk alongside Harriman seeking personal reconciliation transforming hate into compassion, prejudice into understanding, separation into connection and unspeakable grief into mourning. Without explicit permission, Antonio Elmaleh uses an actual historical event to rummage around in the reader’s unconscious shining a light into corners and crevices that can be surprising, compassionate and uncomfortable.

The true intent of Harriman’s pilgrimage surpasses his commitment to honor promises made to fallen soldiers from the North and South. Dressed in his faded Union blue, carrying a half completed American flag sewn together with tattered bits of cloth by his mother before her death, Harriman embarks on what many see as a suicidal journey to recapture his own soul. The military campaigns are over. The South has been laid waste by years of war. Lincoln, the moral compass of the Union, has just been assassinated and political turmoil rules the day. There are no victors in a war that never ends.

Beautifully written, Antonio provides Harriman with a painful path toward forgiveness. It is not mere coincidence that Left Behind was released in the autumn of our renewed discontent as the flames of racial and economic separation ignite across our country. If the reader will honestly walk beside Harriman and the small group of broken seekers that join him as he travels, healing may take place. But that healing will come with a price. To truly walk with Harriman is to face our own shame. No longer able to hide behind the unspoken regional and racial superiority left by an American war that never ended, we must be willing to feel each other’s fear and pain. If we dare, in our mutual surrender after years of war and prejudice, just perhaps we can respond to the quiet scream “I can’t breathe” and collectively find forgiveness.

You can purchase the book from Amazon here.